What is Palliative Care?

Palliative Care is patient and family centered care that optimizes quality of life by anticipating, preventing and treating suffering.  It is intended to be delivered concurrently alongside other treatments, services and primary care.  Palliative care is not about dying. It is about living well until the very last moment.

The Danny Sklar Palliative Care Program is a not-for-profit service of the Vi & Milton Weinstein Hospice, offering quality care and nurturing support to relieve the physical and emotional distress that often accompanies certain advanced illness.  Our team will make an assessment and coordinate services based on the individual and family’s needs and diagnoses.

Meet the man for whom our Palliative Care Program is named.

Who Is Appropriate for Palliative Care? 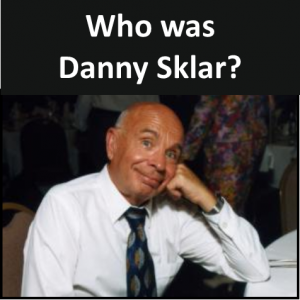 “I first met Danny just after he had moved to Atlanta to live with his son Daniel because his health was failing. He asked to meet with me to learn more about our hope to provide palliative care for people who were not quite ready for hospice. He listened carefully, and then told me about his wishes to leave a worthy legacy that would make his four sons proud.

Shortly after that meeting Danny decided that he wanted to provide the seed money for what would become The Danny Sklar Palliative Care program.

We would meet occasionally and I would tell him how many people we had been able to help and about some of the families in the program. He never interfered or made any demands. He just listened.

When he became weaker we spoke about him becoming a recipient of services from the program. Initially he was reluctant. When he finally agreed, he was better able to understand the impact of his generosity but he never expected or asked for special treatment.

I hope that before Danny died he realized that he had accomplished his goal of a worthy legacy-in a unique program that serves people battling serious illness. It was my privilege to have known him.”

Here is Danny Sklar’s life story as written by his son David;

Seymour “Danny Sklar, just your average extraordinary member of America’s “Greatest Generation”, passed away in the afternoon of August 17, 2008, ending a nine-year battle with multiple myeloma.

Born in 1923 to teenaged Eastern European immigrants who had met in English-language class, Danny was raised in the back of a New Jersey retail store while his parents, through determination and self-deprivation, struggled to bootstrap themselves out of poverty. His mother’s innate business acumen — and a fortunate premonition that the Brassiere would soon kill the Corset — led to a successful business in women’s “intimates” and the family’s rise into the middle class.

As a child and young adult, Danny each day went straight from school to store to help run the family business; thus, Retail entered his bloodstream, and never left. (And, as a side effect, little Danny enjoyed a highly premature education on the wondrous mysteries of the female anatomy.)

In ’44, Danny was a typical assaulter of a little beachhead called Utah, one of a million who waded from the LSTs into the European theater, just one more PFC fearing frostbite more than gunfire during the Battle of the Bulge. Upon his return to civilian life, following a script repeated by countless ex-GIs in USO halls nationwide, he met a girl at a dance, courted, married, and contributed to the nation’s Baby Boom with first son Ron. Instead of jumping directly into a GI-bill starter home, the new family lived with Danny’s parents, and Danny continued to assist his mother with her burgeoning business.

He later attributed his move South to a fascination with the region’s images on the silver screen, but it was more likely a desperate attempt to leave the world of women’s undergarments far behind.

After moving to Houston, and marrying second wife Elizabeth, he proved to be more than just another guy in retail. With his mother’s acumen, he became adept at saving downtown furniture stores stricken by the middle-class exodus to the suburbs. He rescued stores in Texarkana and Shreveport, via a combination of detail-oriented hands-on management and a savvy use of television advertising. Regarding the latter, Danny wrote and starred in TV ads himself, inventing a cute persona and catchy rhymes, validating the mantra “you gotta have a gimmick”. His TV work was successful, and for many of his years in Shreveport, he would be subjected to the same on-street recognition that usually only plagues Hollywood celebrities. (But, much to his sons’ dismay, his campy onscreen characters inspired incessant mocking and parodying from schoolmates.)

Having no interest in sports or drinking or gambling or killing wild animals with shotguns, he was a man in need of a hobby — and he found it in community theater. His acting career in Texarkana and Shreveport spanned three decades and included musicals, dramas, comedies, and even a semi-pro gig as Dick Deadeye in “HMS Pinafore”. His prowess at comedy made him the “go-to” guy for any director faced with the task of putting on a Neil Simon work.

In Shreveport, Danny and Elizabeth raised three sons — Donald, David, and Daniel — with unconditional love and respect, a no-nonsense approach to discipline, a no-frills approach to vacationing, and a near-obsessive honoring of Education.

Danny and Elizabeth’s retirement was well earned, and they enjoyed it with sea cruises worldwide and six-month stays in Southwest Florida. Eventually they moved household to Naples to enjoy the eternal sunshine. However, Danny lost his beloved wife Elizabeth in the summer of 2000. Widowed and battling cancer, the attraction and practicality of Florida soon waned, and Danny moved to Atlanta to be near his sons.

In recent years, Danny eschewed social events and became something of a loner, but he never lost his quick and oft-acerbic wit. For one who was so comfortable on stage, he was ironically very much a man of few words… and could be frustrated by those not so inclined (such as, for example, the author of this very piece). On the day before he left us, he asked for a glass of white wine. While preparing it, his caregiver waxed poetic on the beauty of its color, how good it would taste, how nice and cold it was. Danny rudely interrupted the ode with a shrill bark: “Stop selling it, start serving it!” It was 100% Pure Unmitigated Danny, and all present were crippled with laughter. Emaciated and weak beyond belief, scarcely able to open his eyes… he still had impeccable comic timing. 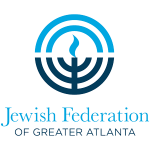 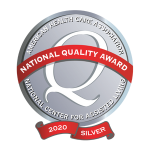 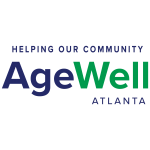 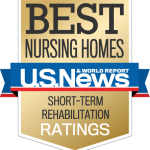