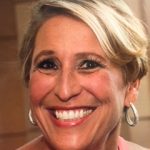 Carole Shovers has been part of the JHLC family since 2004, becoming the first Development Director for the organization after a brief stint as Controller. Carole’s deep ties to the Atlanta Jewish community have enabled JHLC’s philanthropic presence to grow exponentially during her tenure. Under her leadership, the organization held seven successful Auxiliary Galas, significantly increased endowments, created a Sustaining Supporters program, beautifully renovated The Cohen Home and The William Breman Jewish Home, and exceeded every benchmark during the Berman Commons capital campaign. A tribute event will be held for her in November.

“Carole’s warmth, humility and presence has permeated every level of this organization, from donors and lay-leaders to residents and volunteers.” said President & CEO Harley Tabak. “We are fortunate to have found a successor with a similar connection to our mission and a proven track record for engaging donors at every level .”

Stephanie will join JHLC after eight years with Jewish Federation of Greater Atlanta, serving as their Vice President of Engagement and Leadership Development. In that role, she cultivated and stewarded key donor and foundation relationships and developed leaders within Federation, as well as the broader Jewish community. Her continued growth at Federation has touched all aspects of Jewish Atlanta.

“Her career as an attorney and as a Jewish communal professional demonstrates a deep passion for helping those in need, particularly her time served as a Public Defender, as well as fundraising, volunteer and leadership development roles with The Epstein School, ALEF Fund, and Second Helpings Atlanta. Many years ago she even served as a volunteer with our Auxiliary,” continued Tabak. “We are so pleased to welcome Stephanie to the JHLC family.”